Comcast has initiated a set of promotions and changes involving high-level players on its product and technology leadership team, the company has confirmed.

The big ones: Fraser Stirling has been promoted to global chief product officer; Elad Nafshi has been upped to chief network officer; and Rick Rioboli has been named chief technology and information officer. Comcast also confirmed that Matt Zelesko, the company's chief technology officer since mid-2019, has left the company.

Update: Comcast also confirmed an additional move, with Noam Raffaelli being elevated to senior vice president of wireless engineering, emerging technologies and business. More details on his new role and background are further below. 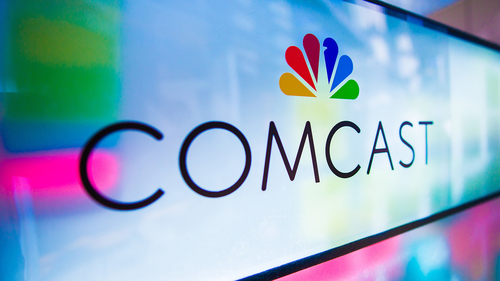 Those moves take shape less than a year after Charlie Herrin was promoted to president of Comcast's Technology, Product and Experience (TPX) unit. Herrin succeeded longtime Comcast exec Tony Werner. Werner remains with Comcast as a senior technology advisor to the CEO and, according to an industry source, recently extended that contract.

In their new roles, Stirling, Nafshi, Rioboli and Raffaelli will all report to Herrin.

Stirling most recently served as group chief product officer at UK-based Sky, tasked with aligning the product roadmaps of both Comcast and Sky and overseeing customer premises equipment and software for both units. His promotion follows the recent launch of Sky Glass, a new connected TV product powered by Comcast's new globally focused software platform that's also being used to power other products, including X1, Xfinity Flex and Comcast's new line of XClass TVs.

Stirling joined Comcast in spring 2014, after serving in hardware engineering executive roles at Verizon (with the OnCue team that Verizon acquired from Intel in January 2014), as well as at Intel Media and BSkyB.

Nafshi, who now has oversight of Comcast's entire network, joined Comcast nearly 16 years ago. During that time, he has led or been deeply involved in several major projects at Comcast spanning broadband as well as video.

Nafshi most recently served as senior vice president, next-generation access network. There, he headed up the direction of Comcast's access network, including its pursuit of a new distributed access architecture (DAA) and the implementation of a virtual cable modem termination system (vCMTS). That work has extended to Comcast's activities with "10G" and DOCSIS 4.0, including several lab trials of network gear, modems and software that have achieved symmetrical speeds of 4 Gbit/s.

Nafshi also helped lead the accelerated development of "Octave," an AI-assisted system that helped Comcast improve the performance of its access network in the early stages of a pandemic.

On the video side, Nafshi was tied to various aspects of Comcast's X1 platform, which included a transition to IP video and the launch of the company's cloud-based DVR. He was also part of Project Cavalry, a major all-digital transition project that enabled Comcast to reclaim analog spectrum for digital video and IP-based services and applications. Prior to Comcast, Nafshi was with RCN, a competitive overbuilder that's now part of Astound Broadband.

Rioboli, a 17-year Comcast vet, has been heading up all the backoffice technology and systems at the company, including sales, activation, billing, inventory and customer data. He previously was VP of metadata products and search services (CoMPASS) and was VP of video product engineering, where he helped Comcast deploy its CDN streaming video system.

That work would seem to take shape as Comcast pushes ahead with a mobile and wireless strategy focused on Xfinity Mobile, a service backed by Comcast's Wi-Fi network its MVNO agreement with Verizon, and some potential support for targeted services supported by the CBRS spectrum band.

Rafaelli, who joined Comcast about six years ago, most recently was SVP of network and communications engineering and SVP of IP services. Prior to that, he was an engineering and business exec at Liberty Global, Qualcomm and Yahoo.