Lightning Fast Wireless Internet, Technology from the future Is what Experts are telling media. 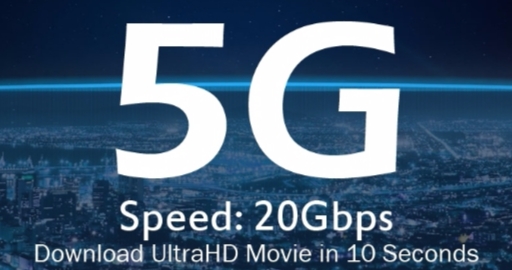 Admit it , 3G and 4G Wireless Internet is for The Birds
Even as the contributing editor to Yellow Broadband News , I have fallen victim to Rural Area wireless Internet. Is sometimes un pleasing to deal with especially after you lived in the city for 7 years. With technology coming closer and closer to oblivion. Wireless 5 G is almost here. The problem so far is 5G May not fall under the same category as 3G or 4G wireless communications. According to www.FastCompany.com 5 G is much more complex then we can imagine. Maybe even a bit confusing.

Just as Americans are getting used to easy and plentiful 4G mobile service, cell phone providers are gearing up for… you guessed it: 5G. FCC Chairman Tom Wheeler recently gave the mobile industry a green light to use 5G spectrums and Verizon even announced plans to have some sort of a 5G commercial network up and running for 2017. But 5G is a lot different than just faster streaming movies and immersive video games on your phone…though it’s that, too. The ramp-up to 5G is also a complicated mix of nationalism (yes, nationalism) and plans for an omnipresent world of connected devices and smart automobiles.

But there’s one big problem: No one has been able to explain just what 5G is. Different players in the installation race such as Verizon, Nokia, and the South Korean and Japanese governments all have their own definitions. But regardless of how exactly you define 5G coverage, there’s a world of difference from 4G. 5G, it turns out, is all about laying an infrastructure for connected cars, self-driving cars, and an omnipresent "Internet of things."

THE OLYMPICS RACE
For the hosts of the 2018 Winter Olympics and the 2020 Summer Olympics, offering 5G mobile service to visitors is also a patriotic duty. South Korean mobile operator KT is planning to offer limited 5G service in time for the 2018 Winter Olympics through a test project in the host city of Pyeongchang, while Nokia and Japanese carrier NTT DoCoMo are preparing to install 5G service for the 2020 Summer Olympics. In both cases, the deployment of 5G is being linked to the Olympics and making things easier for tourists—but a lot of it is also about proving each country’s technical prowess.

Although those of us here in the United States often forget it, America is not a leader in the global mobile stakes. According to Opensignal.com, the United States only has the 10th highest rate of 4G penetration in the world with 78% of our population having subscriptions to 4G services. By comparison, South Korea has 97% penetration and Japan has 90%. Part of this is due to massive swaths of rural areas where it’s disproportionately expensive to install 4G access, but even that doesn’t account for all of it. Kazakhstan and Uruguay, two countries with broad and thinly populated hinterlands, both have proportionately more 4G subscribers than the United States.

BUT WHAT IS 5G, EXACTLY?
As mentioned, there’s a tricky problem when it comes to defining what exactly 5G coverage is. One expert I spoke with, Eric Starkloff, a marketing executive for National Instruments, had some insights. His company is collaborating with Nokia on 5G research, and on building hardware solutions for the new protocol.

According to Starkloff, "Everyone has a bit of a different definition of what 5G is. But it’s the next iteration of cellular standards, with a goal of a 50 times faster data rate than the most advanced Wi-Fi networks today. To give an example, the expectation is that a 5G network can stream a two-hour movie in less than three seconds."

The challenge is that Verizon, Nokia, National Instruments, NTT DoCoMo, and KT can’t agree on what exactly 5G is, beyond being a wireless network with speeds far beyond 4G. But they all agree on one thing: 5G is less about being able to stream Netflix really quickly than about creating an infrastructure backbone for connected cars and connected devices everywhere.

ENTER THE CONNECTED CAR
Last month, Russia’s St. Petersburg State Polytechnic University and automaker Ford wrapped up an unusual three-year project. Ford and the university were collaborating on modifying satellite communications so cars on highways could communicate with each other. The goal is to create technologies that allow cars on the road to "talk" to each other, which could be used for everything from alerting drivers to nearby crashes to modifying the behavior of nearby autos in order to avoid traffic jams.

This group communication capability is a massive part of what 5G will be. Starkloff told Fast Company that the cars of the future are expected to emanate gigabytes of data every single second, thanks to the massive amounts of sensors and connected devices that automakers are placing into new cars. These sensors, which have unexpected uses (alerting dealers to preventive maintenance issues and creating new revenue streams) and expected uses (subtly preventing drivers from getting into accidents), will help bridge the gap between the connected car and the self-driving automobiles of the future.

...AND THE INTERNET OF EVERYTHING
The integration of sensors into cars is matched by the expansion of sensors and connected devices into our offices and factories. Unlike 4G, which is based around cell phone antennas as the primary network infrastructure, 5G networks will require routers and equipment being placed throughout offices and factories. The goal is to make wireless data transmission faster and more effective than broadband Internet, and to create a data infrastructure that will support everything from refrigerators that detect when you’re out of eggs to factory equipment that automatically pings a faraway repair person when a gear starts getting loose.

Ken Hosac of Cradlepoint, a company that provides 4G infrastructure equipment to customers like Redbox video, Whole Foods Market, and Southwest Airlines, told Fast Company that "There’s plenty of time before it will roll out to the mainstream," and pointed out that 4G speed and capacity are still increasing at a rapid clip. But, he did add, the Olympics is supposed to be a major debut time for the product, and it would tie deeply into business and industrial needs rather than ordinary consumers.

5G TO THE FUTURE
A few years ago, I sat down for coffee with a Verizon publicist. It was one of the many such pleasant coffee meetings a journalist conducts in the course of their day, where we discussed upcoming reports and project launches or so forth. When I asked the publicist what 5G would be, and what it looks like, she laughed and told me she thought 5G would probably never even exist.

But it does exist, and Verizon is investing large amounts of cash into 5G field tests. For consumers, it could be faster than Google Fiber. For businesses, it could mean a Jetsons-like industrial future. While no one’s exactly sure what 5G will be, we do know it will be coming sooner rather than later.