The perpetual war of words, pictures and “war over the air”, between cable companies and broadcasters has trapped consumers in an ugly cross fire. 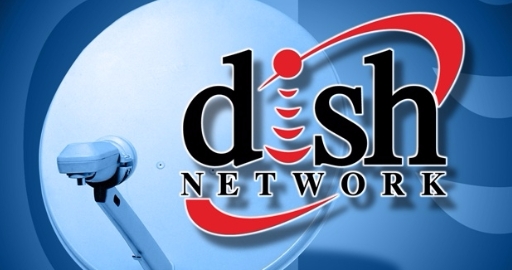 Here’s how the screen play unfolds:

· Broadcasters propose a “slight” fee hike from cable providers for the content being aired to cable subscribers
· The cable companies talk tough, and vow to fight the “substantial” fee increase – no matter what it takes
· Broadcasters aren’t prepared to back down from their “legitimate” requests for an increase, and order cable providers to cease airing their content
· Cable subscribers suffer dark days, with no access to their favourite News, Sports and TV dramas
· Plenty of grandstanding, drama, media hype, accusations, barbed comments and snide remarks follow
· When both lead actors have had enough, they decide to kiss and make up with an “amicable” settlement, leaving the supporting characters happy and content!

Case in point: The recent dispute between Dish Network and Tribune Media.

In early June of this year, several local channels from Tribune Broadcasting Company went dark on satcaster Dish Media’s networks. The dispute impacted 42 channels, disrupting viewership across 33 markets, including channels like Fox 40 in Sacramento, KTLA in Los Angeles and Fox 5 in San Diego; as well as programming on WGN America, Tribune’s cable network that were unavailable to DISH subscribers.

While both parties settled their dispute a while back, a formal contract was agreed upon earlier this month, notification of which was provided in a joint Press Release dated Sept 3, 2016.

Grievances Aired
As a result of the dispute, nearly 50 million American households that were part of Tribune’s 42-networked stations, lost access to Dish’s distribution system. At the same time, millions of subscribers of Dish services were shut off from accessing popular Tribune broadcast content and programming.

So what were the issues at heart that made second largest provider of satellite TV, boasting nearly 14 million users, resort to such drastic action? Not surprisingly: Money!

More specifically, Dish claims that its subscribers were being subject to an unreasonable increase in prices for local Tribune channels. The company pointed out that, while the media giant has slapped fee increases on Dish viewers, many of those same channels are available for FREE with an antenna.

To illustrate its point, Dish extended an unbeatable offer to its customers that were hit by its blacking out of the Tribune channels. The company said it would provide FREE antennas, to catch Over-The-Air (OTA) signals for the Tribune content that was being disrupted.

While the fight lasted, both sides appeared to dig in for the long haul, hurling accusations, claims and counter claims at each other. At one point in the “game”, Tribune rejected an offer made by Dish, which would have continued broadcast of the impacted channels to Dish viewers during ongoing negotiations.

Dish also claimed that Tribune was using its broadcasting network leverage to attempt “forced bundling” of content from its related WGN America cable channel onto Dish subscribers. Dish claimed that this attempt at forced bundling was largely the result of declining viewership of WGN, as well as the fact that a lot of that content was already available on other Dish channels anyway.

At the height of this “bun fight”, Tribune accused Dish of not being prepared to negotiate in good faith, and being “…totally unresponsive in negotiations” to resolve the dispute amicably.


While subscribers of both networks weren’t particularly happy over the grievances that were being publically aired, for media watchers of this fight, there was comic relief too.

Tribune created a website (Dump Dish – since been taken down) that published rather disparaging remarks about Dish, even branding the satcaster a “regulatory profiteer”. Articles on the site encouraged Dish subscribers to switch to other Pay-TV services in their own interest.

Dish filed suit against the Tribune for poking fun at it, and destroying its reputation. But what came to light in publically available court documents was no laughing matter. It appears that the satcaster was suing the broadcaster over the use of the Dish logo and company name, by using words like “Dishturbing” and “Dishgusting”. While most of the original content has been “scrubbed” off the internet, viewers may still catch a glimpse of some the disparaging content at select forums.

Clearly, these images definitely border upon trademark and copyright infringements; and while they do offer comic relief to some, are not taken lightly by corporate lawyers.

A History Of Belligerence


The latest bout with Tribune might not be a surprise to many media watchers. Dish has a history of belligerence and, some would say “arrogance”, largely echoing the ferocity, fearlessness and colourful character of its co-founder Charlie Ergen.

The Wall Street Journal, reporting on Dish’s Q1 2015 financial results, noted that the company had lost nearly 134,000 pay-TV subscribers as a result of similar disputes with Time Warner and 21st Century Fox in 2015. The dispute with Fox was resolved in January 2015, while Turner’s network settled their grievances with Dish in late March.

Earlier, in 2014, the company was in the news because of a fight related to fees with CBS, which also lead to some programming disruptions. That grievance was only resolved in November that year.

According to the National Association of Broadcasters, there have been several Cable-Broadcaster disputes, but Dish tops the list of belligerent players with 13 disagreements. While nearly all other Pay TV networks are forming tougher stances on fees, Dish’s hard-line appears to be the toughest of them all, which has resulted in service disruptions that have lasted from a few days to several weeks.


Like most of these media wars, this one too came to a “peaceful resolution”, but at what cost? After all the “fine-tuning” of fees and rates that goes on behind closed doors, both lead actors in this saga (Broadcasters and Cable companies) usually get what they want: More money.

True, Cable companies are made to pay the Broadcasters more for the content they air, but at the end of the month, that increase is passed on to the consumers, making the lead actors look like villains in the eyes of their customers.