Super Charged WiFi – Has it arrived yet?

Let’s admit it, we’ve all been there: You’re using your home (or office) WiFi to download something, or watch a colleague’s graphic/video-heavy presentation, and you get “screen freeze”. You just throw up your hands, reboot, and start all 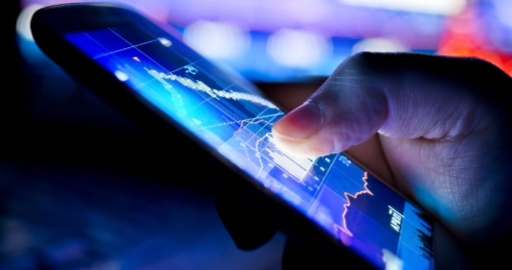 It’s not your fault. Nor is it the fault of your tablet or laptop. You’re probably experiencing bandwidth crunch, where the information “pipe” that’s feeding your WiFi isn’t fast enough or big enough to keep up with your data needs. As a result, you suffer some lag and drag in your reception.

There’s nothing you can really do about it, is there? Well, if researchers from Massachusetts Institute of Technology’s Computer Science and Artificial Intelligence Lab (CSAIL) have anything to say about it, there just may be a solution around the corner!

The problem of faster wireless access is real. Everyone, including the Whitehouse, is acutely aware of the challenges faced with wireless and broadband data access. That’s why the government has announced significant initiatives to tackle the problem in its Advanced Wireless Research Initiative, Building on President’s Legacy of Forward-Leaning Broadband Policy .

Even the Defence Advanced Research Projects Agency (DARPA) is in on the action, announcing a $2 million prize to the team:

“…whose machine-learning radio system is best at collaborating with other contenders to expand the spectrum’s signal-carrying capacity.”


But innovators and researchers are already working hard to address the challenge that slow wireless access and limited broadband spectrum are posing.
A research paper presented at the Association for Computing Machinery's Special Interest Group on Data Communications (SIGCOMM), and jointly authored by MIT scientists/researchers Ezzeldin Hamed, Hariharan Rahul, Mohammed A. Abdelghany, and Dina Katabi, indicates that they may actually have come up with a workable solution for spectrum crunch.

Supported by experts from the MIT Center for Wireless Networks and Mobile Computing, and funded by the National Science Foundation, the MIT solution, that has been dubbed MegaMIMO 2.0, has been designed to allow data transfer rates of over 3X faster than anything commercially available today; while at the same time more than doubling the signal’s range. In other words, MegaMIMO 2.0:

· Can send more data across WiFi networks than is possible with today’s technology
· Has the ability to send it faster (over 330% quicker!) than is possible today
· Is able to transfer data over longer distances than today’s WiFi technology allows

The challenge of spectrum crunch isn’t solvable by boosting the number of transmitters within the multiple access points along the system. Doing so will only cause these multiple transmitting devices to interfere with each other, adding to the complexity of the issue – not solving it.

The MIT team has found a way to make all these transmitters work in harmony with each other, to bring efficiencies to the whole system, while optimizing the use of the existing spectrum. This results in not only enhancing the strength of wireless signals, but also increasing its speed.

The resulting solution that MegaMIMO 2.0 promises can greatly benefit real world applications, such as viewing live sporting events, broadcasting conventions and concerts, and for other live streaming applications.

During data transfer/receipt, radio signals are bounced off various surfaces along their broadcast path; as such, they tend to reach their destination receivers at varying times. That’s how cell phones, and other WiFi-enabled devices, rely on Multiple Input Multiple Output (MIMO) to deliver speed and agility to data transmission. The underlying enabler for this speed is the use of multiple transmitters and receivers that send and receive multiple streams of data simultaneously.

A limitation of bandwidth creates bottlenecks for the multiple streams of data, slowing down transmission speeds. MIT researcher Rahul likened this challenge to a real-world application of radio broadcasting:

“The problem is that, just like how two radio stations can’t play music over the same frequency at the same time, multiple routers cannot transfer data on the same chunk of spectrum without creating major interference that muddies the signal,”.

What was needed is a way to make all of these routers work in unison, without tripping over each other. By synchronizing all of these multiple data streams over the same spectrum, MegaMIMO 2.0 is able to deliver data at much faster speeds than is currently possible. And the MIT team did this by designing a system, similar in profile to standard WiFi modems available today, and comprising of a processor, trans receiver board and a real-time baseband processing system.

At the heart of the solution was the development of a clever set of algorithms for processing the signals being broadcast. The algorithms were written so as to independently enable multiple transmitted signals to be sent, using the same chunk of spectrum, to multiple receivers. The key to success was the ability to do so without any interference amongst these multiple transmitters/receivers.

Unusual was how the team tested the solution. To simulate real-time roaming capabilities, just as people would in convention centers, airports or sporting events, the test lab was set in a conference room with 4 MegaMIMO 2.0-enabled laptops that were mounted on Roomba robots that paced across the room.

The results were spectacular: Compared to traditional WiFi technology, as well as a previous incarnation of their own devices (MegaMIMO 1.0), MegaMIMO 2.0 was actually able to produce increased data transfer speeds in excess of 330 percent!

The research produced by the MegaMIMO 2.0 team isn’t altogether groundbreaking in the sense of creating an entirely new body of knowledge. On the contrary, MegaMIMO 2.0 extends existing distributed multi-user beamforming knowledge, and takes it to a new level. Unlike existing technologies, the MegaMIMO 2.0 approach is implemented as a real-time, hardware-based solution that is fully 802.11n compatible.

So, does this mean that you can rush out and buy MegaMIMO 2.0-enabled routers or other devices immediately?

Not likely! While researchers confirm that commercialization of their solution will happen “soon”, there is no firm timeline of what “soon” means. But they are already working on a vision for commercial use.

The team is still working on perfecting the technology, especially in terms of its ability to support other real-world applications. Already, the researchers are confident of MegaMIMO 2.0’s ability to support cellular networking applications, enabling people to use cell phones for making calls without experiencing bandwidth congestion.

Additionally, the team is working on scaling the system in a way that it could synchronize dozens of routers simultaneously, to deliver data transfer at even faster speeds than the current incarnation of MegaMIMO 2.0 allows. The key to further development, and ultimate deployment, of MegaMIMO 2.0 is that it is way past merely a proof of concept.

So far, there was great skepticism surrounding the theories around which this system has been built. Many believed that, while the theoretical constructs sounded great, there was none to limited practical application to for it. The MIT team was however able to demonstrate that, using their approach, it is possible to actually deliver over 330% faster WiFi without having to wait for additional spectrum to be made available.

The research demonstrated by the MIT team comes at a very opportune time. Late in June 2016, the WiFi Alliance released its new Wi-Fi Certified standards that feature higher speed, better performance and greater capacity for compliant WiFi networks. These standards are geared to better handle higher real-world bandwidth requirements. It’s only a matter of time then, before you start seeing broader application of MegaMIMO 2.0 in the real world.