In the late 19th century, as the western part of the United States slowly filled with settlers, the communities that survived depended heavily on railroad locations. Those that settled along the rails still exist. Those that didn't, died. 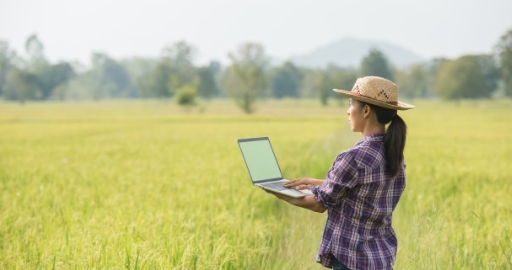 In the late 19th century, as the western part of the United States slowly filled with settlers, the communities that survived depended heavily on railroad locations. Those that settled along the rails still exist. Those that didn't, died.


To survive, rural communities need reliable rural internet. Read on to learn about your options.


What Are the Options for Rural Internet in 2019?


In its inception, internet companies provided one option for all users: dial-up internet.


Thankfully, it's 2019 and not 2001. And the wireless internet of today is far more reliable and affordable for those attempting to live on the edge of the grid than wireless options of the past were.


What Is Wireless Internet?


It also offers an excellent solution for rural internet problems, since few companies are willing to dig cable or fiber-optic lines to homes in the country.


What Is Satellite Internet?


Think of satellite television companies in the past. They have given television viewing options to rural consumers for decades now. Satellite internet works much in the same way.


When you think of cable internet, you typically think of internet within a community. Still, when you move out to the sticks, check to see if this is an option. You may be surprised by what you find out.


Cable internet is a common method of internet and the most reliable form of internet. It does not change with the weather.


With cable internet, the provider pumps internet signals to the home with coaxial cable just like cable television.


Unfortunately, cable internet is uncommon in rural areas. Much like how utilities were not willing to bring power to farms before rural electrification in the early twentieth century, so most internet companies are not willing to dig cable to a few homes in the country.


DSL stands for Digital Subscriber Line. It is a very high-speed connection that runs through the same line as your telephone line and can even be provided by your telephone provider.


It does not require new wiring, though, unlike some methods of internet. And you can still keep your phone connection open.


Like cable internet, DSL is possible but not common. If you have DSL as an option, be aware that it is inexpensive and reliable and fast if you have a good provider.


However, also be aware that DSL works best when you're close to the provider. It will lag if you're not, so the more in the sticks you live, the worse your internet will be. 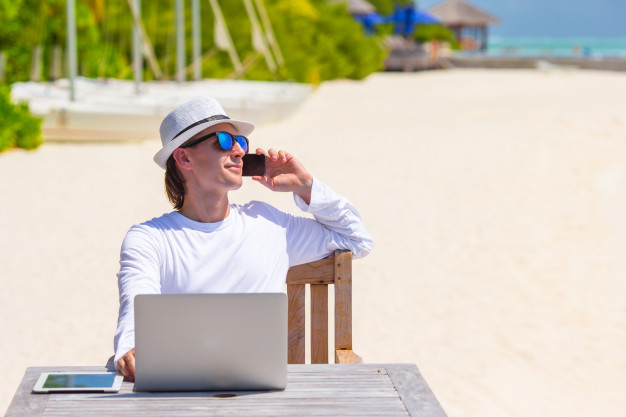 
Just simply when your phone has a wi-fi capability and connects to a local tower, you can use it as an internet modem. You can turn your phone into a hot spot with the right app. Some mobile phone companies also have mobile hotspots for sale that you can use for the internet.


Hotspots do not come cheap. They suck up your data, so if you use one, do not go over. Pick a data plan that works best for you.


Satellite signals, as explained above, require satellite equipment. You must have a satellite internet dish, a satellite modem, and a router.


The dish and modem help you capture and deliver the signal to your computer. The router will distribute the signal throughout your home, either through Wi-Fi or ethernet.


Satellite internet works the same way satellite television does. You just need a modem and a router with your dish.


Weather can adversely affect your internet signal with satellite internet. Debris and snow on the dish itself can also hinder satellite effectiveness.


A local provider could offer internet in any one of a variety of ways: wireless, cable, or even fiber optic.


Some forward-thinking companies in rural areas provide reliable internet to their consumers. In some cases, even a local telecommunications cooperative provides the service, understanding the idea that reliable internet keeps people in the community.


But forward-thinking providers are few and far between. Always ask around when you move to a community if a local provider has internet options.


Like satellite internet, fixed wireless requires a satellite. Fixed wireless does not require phone or cable lines because it provides broadband internet access to a single location wirelessly.


Though it requires a dish or antenna, fixed wireless does not use a satellite. It shoots a signal to a tower typically no taller than a cell tower. The signal stays below the clouds, and thus weather does not typically affect the signal.


Also, the signal travels to a tower typically no farther away than ten miles. As a result, fixed wireless has the same latency as cable or DSL. It also typically has no data caps.


Fixed wireless requires a line of sight to base stations, so if you live in a valley or an area surrounded by trees, the provider may need to find a way to lift the dish so it has a clear line of sight.


Mobile wireless internet relies on cell towers, and if you're attempting to use the internet at the same time as many other users, you will notice slow upload and download speeds. High usage increases latency.


Know Your Options and Surf On


Rural residents have options for rural internet. You no longer need to give up your dream of living in the country without compromising your need for quality internet.


Contact us for all of your rural internet solutions